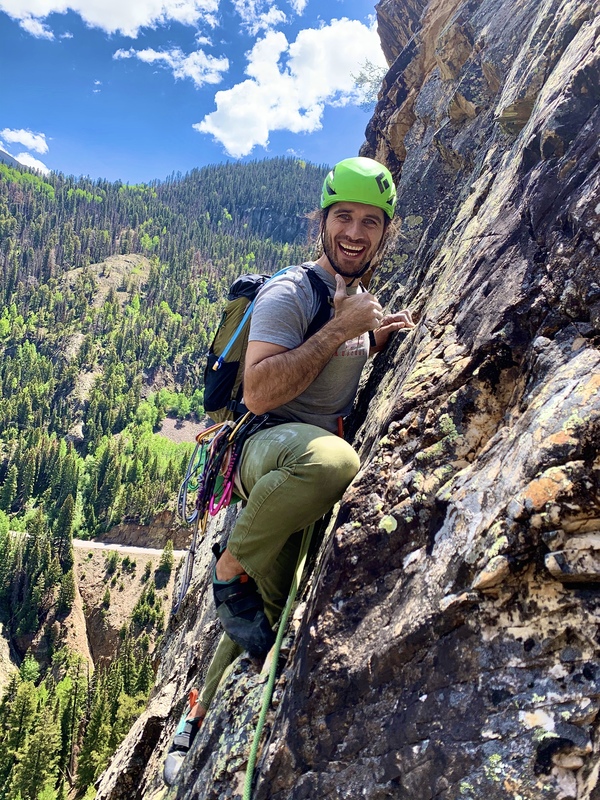 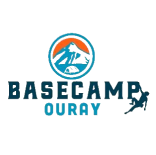 Jason was born and raised in Minnesota. As an adult, he lived in Texas for 15 years while racing professional motocross and teaching people of all ages to ride dirt bikes.

As his motorcycle racing years came to a close, Jason discovered that rock climbing gave him the same thrill and adrenaline that dirt bikes had for so many years.

With 5 years of rock climbing experience under his belt, he wanted to step up his game. So along with his wife, they moved from the hills of Austin Texas to the mountains of Ouray Colorado. He’ll tell you it’s one of the best decisions they’ve ever made.

When he’s not climbing, Jason is either trail running with his dog, river surfing with his wife, or editing videos for multiple yoga Youtubers he works with.

He invites you to come find out why he owns that nickname on your next unforgettable mountain adventure!

Via Ferrata with Jason & Lucas was a GREAT experience! I would follow the two of them anywhere. Very glad I booked with Basecamp Ouray. Lucas joined us near the end of the Via Ferrata as the group split into two: one part doing the Skyway with Jason and one part doing the Skyladder with Lucas. Jason knows the Via Ferrata inside and out, and is great at evaluating the skills of the climbers and adjusting his leadingship to fit. He's a great guy.

My wife and I scheduled a trip to the Ouray Via Ferrata with Basecamp Ouray based on reviews. They were not wrong! They were easy to schedule with and made sure we were comfortable with all the equipment and safety procedures. Our guide Jason Doyle aka 5 Star Jason was fantastic! He was patient, encouraging and very knowledgeable about the route and surrounding area. He absolutely knew what to say and do to push you beyond what you thought you were capable of. Highly recommend!!!