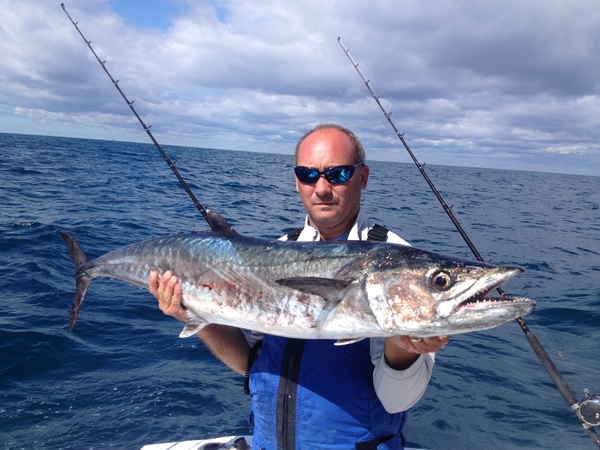 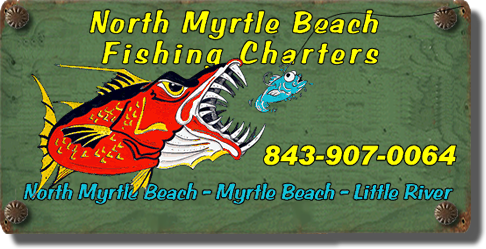 Myrtle Beach Fishing Guide Captain Keith Logan is an International Game Fish Association (IGFA) certified Captain; and, the Premier Myrtle Beach Fishing Guide. He holds a Master Captain’s license issued by the United States Coast Guard with a 100-ton endorsement. Captain Keith is a quiet and easy-going captain who has fished the waters of Ocean Isle Beach, North Carolina, and Myrtle Beach, South Carolina, for over 35 years. However, don’t be fooled by his calm demeanor. His credentials are extensive and his knowledge is vast when it comes to inshore and offshore fishing. Most recently, Captain Keith, and his team, have captured two first-place wins in local King Mackerel fishing tournaments out of Ocean Isle Beach, NC. The first in was in the Spring of 2008 while fishing the Capt. Brant’s Jolly Mon King Mackerel Tournament and in the Fall of 2011, Capt. Brant’s Fall Brawl King Mackerel Tournament. Additionally, in 2011, he was a member of the team onboard the boat winning first place in the first annual Martini’s Fall Hook-A-Hoo Rodeo, out of Southport, NC. That’s Three First Place Wins in Three Years!

Captain Keith Logan is a native of Ocean Isle Beach, North Carolina; however, he now resides in beautiful Little River, South Carolina. Captain Logan learned to fish at a ripening young age by accompanying his father, Cecil Logan, to the offshore waters from Cape Fear, North Carolina to Myrtle Beach, South Carolina. Captain Logan knows where the fish are, and is committed to aiding each and every angler aboard his charter to create memories that will last a lifetime.

In the offseason from charter fishing, Captain Keith keeps his fishing skills up commercial fishing for Grouper, Trigger Fish, Black Sea Bass, Vermillion Snapper, Wahoo, Mahi, King Mackerel, and Tuna that he sales one or two-day-old fish to the local restaurant in North and South Carolina to ensure the freshest catches to the restaurants we supply fish too... Captain Keith has caught over 100 Giant Bluefin Tuna over the years. This is why Captain Keith Logan is the premier Myrtle Beach Fishing Guide he spends over 250 days a year on the water catching fishing!

Should you want to chase the big game and experience the drag screaming as the line burns off a 130 wide with a 350-pound giant Bluefin Tuna on the other end, Captain Keith can get the job done for he has landed more than his share of Bluefin Tuna over the years. His Myrtle Beach Deep Sea Fishing dossier includes landing the giant Bluefin Tuna, Yellowfin Tuna, Wahoo, Dolphin (Mahi-Mahi), Blue Marlin, White Marlin, Sailfish, Cobia, Amberjack, and King Mackerel while trolling offshore. He has also caught many species of Grouper, Black Sea Bass, Vermillion Snapper, Triggerfish, Porgies, and Grunts, while bottom fishing the depths. Nearshore, he has caught Spanish Mackerel and Bluefish. Or, if you prefer a nice day of Myrtle Beach Inshore Fishing in the coastal marshes of our area, he has caught Flounder, Red Drum, Black Drum, and Sea Trout. No matter what you wish to target and catch, Captain Logan has the experience and knowledge to accomplish your goal, fill your cooler, and leave you with a smile on your face!

Didn’t get to go out.

It was a fantastic trip. Captain Keith was outstanding went out of his way to make sure we had a great time. I would book with him again anytime I would rate him as five star.

Enjoyed the outing. We didn’t catch much but had a great time, thanks to Capt. Keith. Will look to do it again in future. Keith, please forward the pic you took of Linda with the red drum. Thanks. Jim

Had a blast - Captain Keith is fantastic!

Keith was very knowledgeable and polite, equipment was good. Fishing was slow that day. Will recommend him to others in future.

I had a great time with Captain Keith. We didn't catch much fish that day, but he worked hard trying to get me on them. I understand fishing and catching are two different things. I'll book him again. It was great.