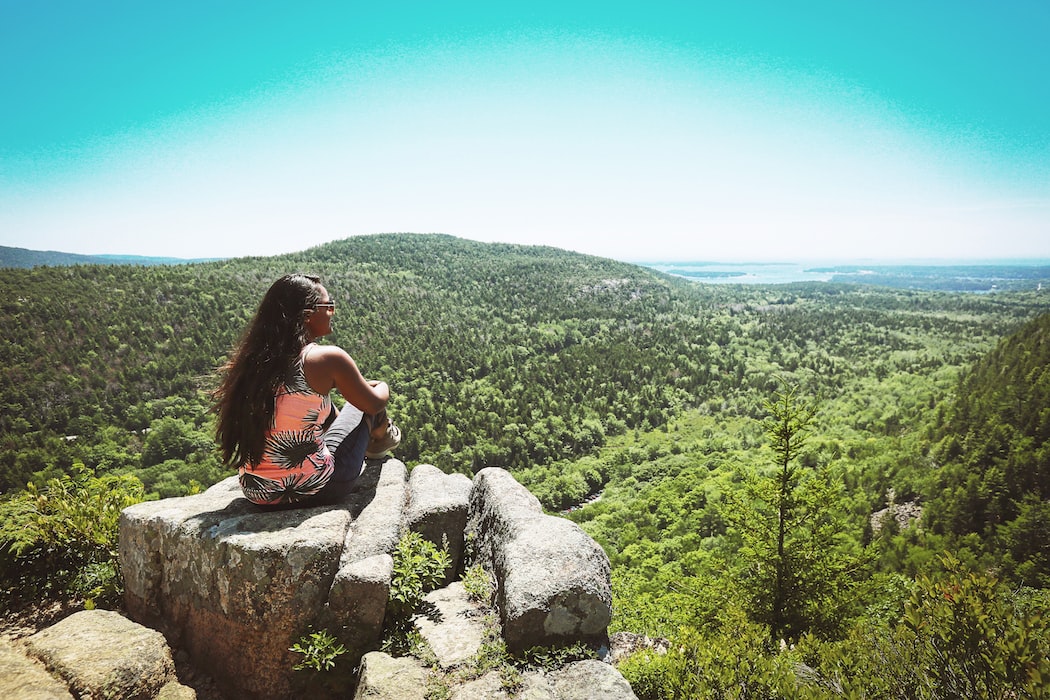 10 Powerful Adventure Films That Will Inspire You

Adventure films have a way to inspire us from our couch. They encourage us to venture outside of our comfort zones. They leave us fulfilled and motivated to scale mountains. We found 10 powerful adventure films that will encourage you through these uncertain times. You can stream them all right now for free.

FOR THE ULTRA-ENDURANCE RUNNER:

A diverse cast of non-professional runners attempt to complete the most difficult ultramarathon race series on Earth. Their dramatic journey takes them across the World's most picturesque yet brutal landscapes, pushing their bodies, hearts and spirits through a myriad of external and internal obstacles. Desert Runners delves into the mindset of ultra-athletes, and the complex ways in which human beings deal with both heartbreak and triumph.

FOR THE ADVENTUROUS MOUNTAIN BIKER:

The mysteries surrounding her father's death in the Vietnam war lead ultra-endurance mountain biker Rebecca Rusch on an emotional journey as she pedals 1200 miles of the Ho Chi Minh trail.

FOR THE MINDFUL CLIMBER:

China Doll is a provocative exploration of gender stereotypes, romance, and rock climbing. Witness Heather Weidner battle personal demons in the world of hard traditional climbing. With her ascent of China Doll, a 5.14- R traditional route in Upper Dream Canyon, Colorado, U.S.A., Heather Weidner nabs the first female ascent, and becomes the fourth woman in the world to climb a 5.14 traditional route. In the process, she discovers that loving herself is the ultimate project.

This story exposes the pervasive nature of unconscious gender roles and reveals differences in how men and women approach love and sport. Heather and her husband have what many climbers would call the perfect relationship. Despite external achievements and support from her husband, Heather refuses to believe in herself. This emblematic struggle is not just about discovering personal freedom, but giving oneself permission to enjoy it. Is confidence a choice?

FOR THE INTERCONNECTED CANOEIST:

Summary from the Director:

“This film captures the human connection and bond created by Canada’s well-known craft & symbol, the canoe. Through the stories of five paddlers across the province of Ontario, Canada – a majestic background both in its landscape & history – the film underscores the strength of the human spirit and how the canoe can be a vessel for creating deep and meaningful connections.”

RIVERING: An ode to the whitewater obsession

Kayaking for me is a dose of sanity. In a world ever more risk-averse and bubble-wrapped, kayaking (and the wilderness in general) are where I find an escape. This is where I rely on my common sense, my ability to analyze risk and the skills of my fellow paddlers.

You don’t need to be an expert paddler to experience this, nor do you need any special talent. But like learning a musical instrument, kayaking rewards those who put in the effort. I learned to kayak at 34. I will never win a competition, and there are rivers I will never have the ability to paddle.

But none of that matters. I love it just the same.

Kayaking has taken me places no one else can go. It gets under your skin in a way no other sport I know does. It is an obsession.

So, when Glenn Murdoch (the exec producer) and I started talking about this project, we were not interested in an extreme sports film. We wanted to make a film that was about the rest of us: oldsters, youngsters, weekend warriors, beginners, perpetual intermediates. We wanted to showcase the sport we love, the people we paddle with and the wild rivers that we call home.

RIVERING is a film about passion for the outdoors that will resonate far beyond the paddling community.

FOR THE CINEMATIC MOUNTAIN LOVER:

A unique cinematic and musical collaboration between the Australian Chamber Orchestra and BAFTA-nominated director Jennifer Peedom, Mountain is a dazzling exploration of our obsession with mountains. Only three centuries ago, climbing a mountain would have been considered close to lunacy. The idea scarcely existed that wild landscapes might hold any sort of attraction. Peaks were places of peril, not beauty. Why, then, are we now drawn to mountains in our millions? Mountain shows us the spellbinding force of high places - and their ongoing power to shape our lives and our dreams.

FOR THE GRAVEL GRINDER:

Outskirts is a series of films that follow extraordinary adventures on iconic roads. The second in the series, made by Thereabouts and Rapha, sees four riders attempts to traverse one of the longest gravel highways in the world. Set in New Foundland and Labrador, it features Dan Craven, Jacob Rathe, Sami Saudi and Gus Morton on a 2,000km journey through north eastern Canada. The first film, made along the United States’ Route 66, is also available on Rapha’s YouTube channel.

FOR THE NOSTALGIC MOUNTAINEER

In the mid-80's two young climbers attempted to reach the summit of Siula Grande in Peru; a feat that had previously been attempted but never achieved. With an extra man looking after base camp, Simon and Joe set off to scale the mount in one long push over several days. The peak is reached within three days, however on the descent Joe falls and breaks his leg. Despite what it means, the two continue with Simon letting Joe out on a rope for 300 meters, then descending to join him and so on. However when Joe goes out over an overhang with no way of climbing back up, Simon makes the decision to cut the rope. Joe falls into a crevasse and Simon, assuming him dead, continues back down. Joe however survives the fall and was lucky to hit a ledge in the crevasse. This is the story of how he got back down.

FOR THE FREEBIRD BASE JUMPER:

"McConkey," a feature-length documentary to be released in 2013, is a heartfelt examination of the legacy one athlete left to the progression of his sports, and the path he paved to conquer his dreams. Shane McConkey is revered as a pioneer of freeskiing and ski-BASE jumping, and through his talent and ability to use his trademark irreverent humor to inspire countless lives. In a new film from Red Bull Media House in association with Matchstick Productions, "McConkey" celebrates the life of one of the world's ultimate innovators.

FOR THE THRILL-SEEKING SKIER

The Man Who Skied Down Everest

In 1970, Yuichiro Miura's cemented his place in history when he became known as the "man who skied down Everest". Miura and his time had to complete the gruelling trek up the world's tallest mountain before he was to attempt the impossible. Relive one of history's most incredible stunts in this incredible, Oscar-winning film.

Have a Cinephile in your life? Share this with your friends and family who need a little escape right now.